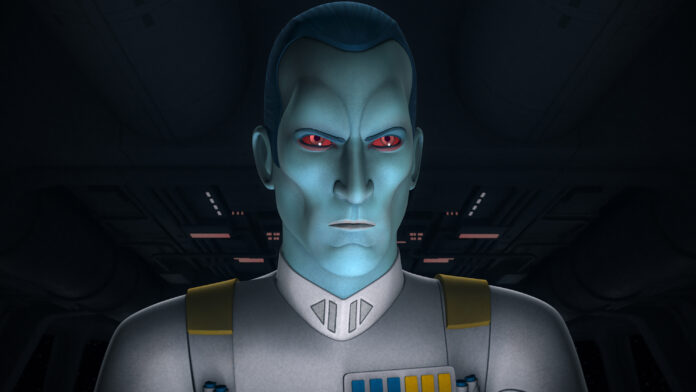 I feel like this rumor pops up every few months, but here it goes one more time. The DisInsider says Lucasfilm may be casting for the role of Grand Admiral Thrawn for an upcoming live-action Star Wars series.

Details on this are very slim, and as always be a little skeptical of a rumor like this. Thrawn is one of the most popular Star Wars villains. Having been established in Timothy Zahn’s Heir to the Empire books, he made his canonical debut in Star Wars Rebels a few years ago. When that show ended, the fate of Thrawn was left hanging in the air, right alongside Ezra Bridger. That necessitated Ahsoka Tano to go off in search of the missing Bridger, and with Tano returning in The Mandalorian and possibly a spinoff, there’s a chance we could see Thrawn come back, too.

It might be too much to ask for Thrawn to show up in The Mandalorian season 2. There’s already a lot going on there (including Ahsoka) and the season has completed shooting. But an Ahsoka Tano spinoff, perhaps? That’s a definite possibility.