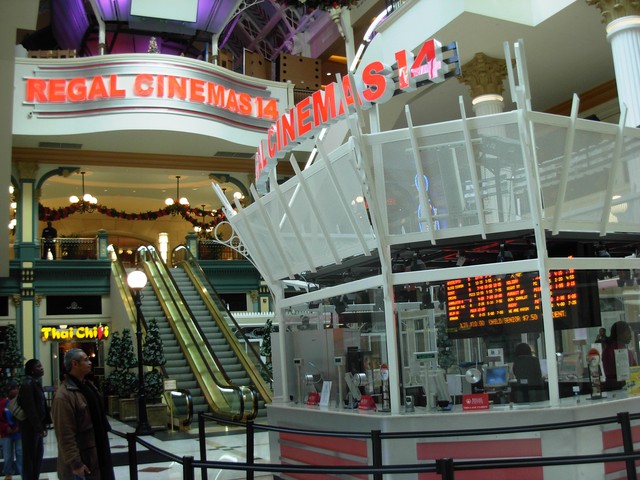 In an expected move, Regal Cinemas and Cinemark, the #2 and #3 theatre chains in the country, have decided to delay their reopenings. This comes a day after AMC decided to move their date a few weeks to July 30th, motivated by the lack of blockbuster releases during the month and recent spikes in COVID-19.

Deadline reports Regal Cinemas has decided to completely follow AMC’s lead and reopen on July 31st. They had been set to open on July 10th, which would’ve beaten AMC to the punch by a few days. Now they’ve decided to stay neck-and-neck with their top competitor, just as Regal did when it came to the issue of guests wearing protective masks.

Meanwhile, Cinemark has decided to get a leg up on everybody by opening a week earlier on July 24th. However, since there won’t be any new movies out at the time, the lineup will consist of catalog titles that they hope will warm audiences up to the idea of returning. We’ll see how that goes.

The first major film to get a theatrical release will be the Russell Crowe thriller, Unhinged. It was set to be Selena Gomez-produced rom-com The Broken Hearts Gallery but that was shuffled off to August 7th. Then on August 12th comes the long-awaited debut of Tenet, followed by Disney’s Mulan on August 21st.

Of course, there’s a VERY good chance none of these dates will stick.

‘Tenet’ To Open In Select U.S. Cities On September 2nd