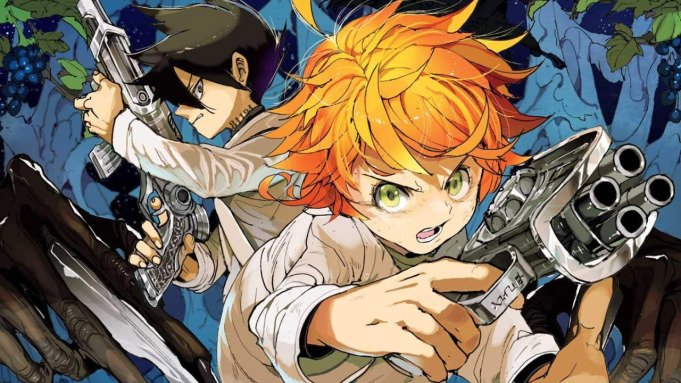 Adapting Japanese manga for American audiences has a spotty track record. Hopefully, that won’t be the case for The Promised Neverland, which Amazon is developing as a live-action series from Heroes star Masi Oka and Spider-Man: Into the Spider-Verse co-writer/co-director Rodney Rothman.

Variety reports The Promised Neverland is being developed as a live-action TV series for Amazon, with Rothman directing from a script by Meghan Malloy. The Promised Neverland is based on the manga by writer Kaiu Shirai and illustrator Posuka Demizu, centering on a group of kids at a seemingly idyllic orphanage. When one of their own turns up dead, the children learn a deadly secret about their supposed refuge, and enact a plan to escape and save the other kids.

Oka will be on board as exec-producer. Oka’s previous credits adapting manga was with Netflix’s live-action Death Note movie. He’s also developing movies based on Mega Man and Attack on Titan.

The Promised Neverland is immensely popular in Japan, where it has been adapted into a hit anime series entering its second season, plus a pair of light novels with a third on the way. A live-action movie is due to open in December of this year, as well.

‘Spider-Man: Into The Spider-Verse’ Is Gettng An Alternate Universe Cut