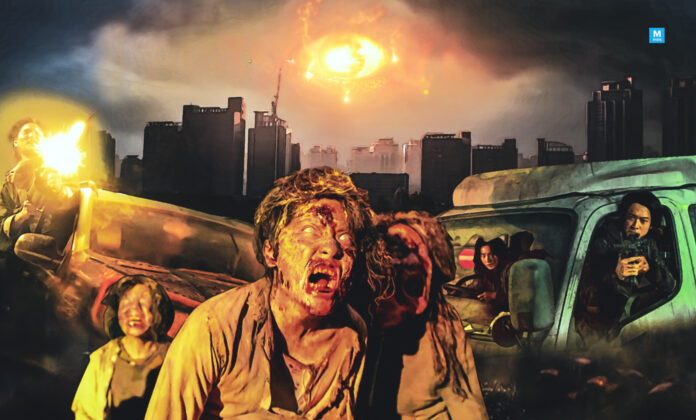 Train to Busan won accolades all around the world when it was released four years ago, not the sort of thing one would expect from a movie about a zombie outbreak aboard a passenger train. Now director Yeon Sang-Ho returns to the undead with Peninsula, which is more of a followup than a sequel, taking place four years later and expanding on the post-apocalyptic world. The story follows a soldier named Jung-seok who survived the initial outbreak but must return to a destroyed Korea on a retrieval mission, only to become trapped there with other survivors looking to escape.

While the original movie was notable for taking the zombie genre in a different direction, trapping passengers in a claustrophobic, seemingly hopeless scenario, Peninsula is doing something else altogether. With its open-world setting it has the feeling of a true action flick of blockbuster scope, and in the hands of Sang-Ho it should more than live up to its predecessor.