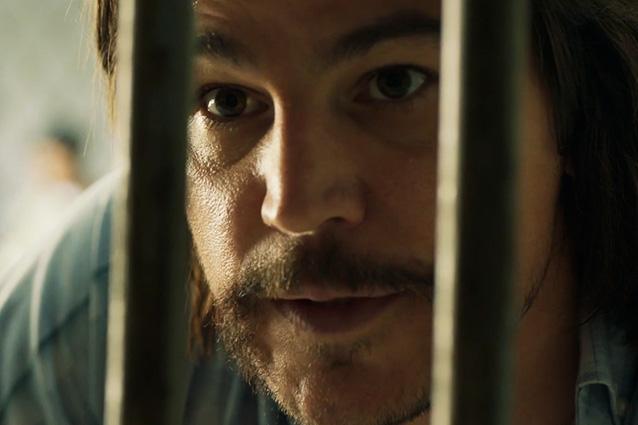 Josh Hartnett, Antoine Olivier Pilon, two actors who should probably be bigger stars than they are have come together for Most Wanted. The film from writer/director Daniel Roby (Just a Breath Away) is based on the true story of a Canadian drug addict who faces years in a Thai prison for a drug deal he was forced into against his will. Pilon plays the guy facing time, with Hartnett as real-life investigative reporter Victor Malarek who dug into the case to expose those involved and hopefully secure one man’s freedom.

Also in the cast is comedian Jim Gaffigan, who has been popping up everywhere over the last year, shedding his funny-guy persona for more serious roles.

As I said, the film is led by Hartnett and Pilon, and maybe a few years ago this would’ve had a lot more attention. Hartnett was a big deal for a while there, with some of his biggest roles coming in Lucky Number Slevin, Pearl Harbor, and my personal favorite, O. He never seemed comfortable in the spotlight, though, and withdrew to films designed specifically to stay out of it. Pilon had his breakout in Xavier Dolan’s 2014 film Mommy, and hasn’t done a whole lot since.

SYNOPSIS: Inspired by the gripping true story, an investigative journalist (Josh Hartnett) unravels a twisted case of entrapment wherein a guy from the wrong side of the tracks, Daniel (Antoine-Olivier Pilon), is forced into a dangerous drug deal against his will and is sentenced to 100 years in a Thai prison. As Daniel endures torture and abuse, the journalist must track down the shady undercover cops benefiting off the conspiracy, while also fighting for Daniel’s freedom.

Most Wanted opens in theaters and VOD on July 24th.