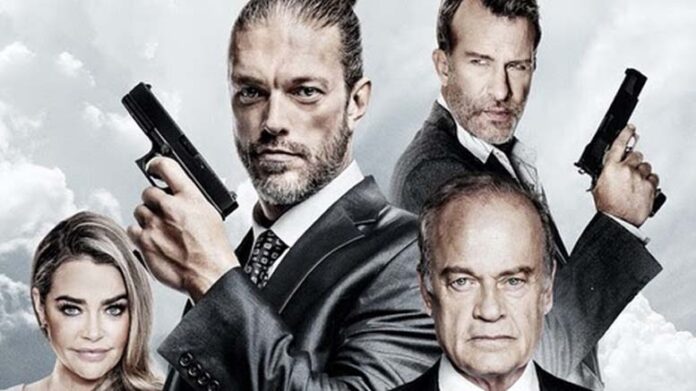 WWE superstar Adam “Edge” Copeland is only days away from having the “Greatest Wrestling Match Ever” at this weekend’s Backlash PPV. But after that, chances are the next time he’ll be seen is in his latest movie, Money Plane, which is unfortunately not a sequel to  1995’s Money Train.

Money Plane stars Edge, Kelsey Grammer, Denise Richards, and The Punisher himself Thomas Jane. If there’s any justice, all of them will get speared out of the plane all the way to the ground.

Here’s the synopsis: A professional thief with $40 million in debt and his family’s life on the line must commit one final heist – rob a futuristic airborne casino filled with the world’s most dangerous criminals.

This looks pretty ridiculous, but that only makes me want to see it more. Besides, Copeland has actually proven himself to be a pretty good actor with roles on The Flash, Vikings, and Highlander: Endgame. He retired from WWE in 2011 and began an acting career, which has turned out to be pretty successful. Not sure Money Plane can be considered the pinnacle, but I’ll definitely be checking it out on July 10th.

Review: ‘Grand Isle’, Nic Cage As A Grizzled Vietnam Vet…Sure, Why Not