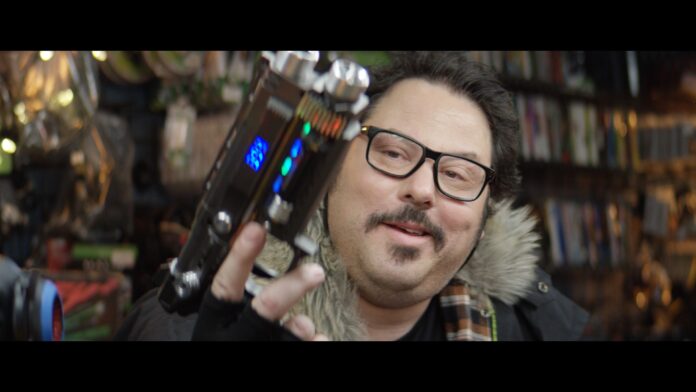 Fans of geek gods Kevin Smith and Greg Grunberg are going to want to take notice of Max Reload and the Nether Blasters, which also features the voice of Wil Wheaton.

The retro vibes are strong with this one, especially for anyone who loved sci-fi, fantasy, and video games of the era. The film stars Tom Plumley as Max Jenkins, who discovers a long-lost game called Nether Dungeon, and accidentally unleashes an ancient curse while playing.

SYNOPSIS: When small-town video game store clerk Max Jenkins (Tom Plumley) discovers and plays the only known copy of Nether Dungeon, the legendary lost installment of the Nether Game series, he accidentally unleashes the ancient “Curse of The Ages,” turning friends and family into possessed ghouls hell-bent on destroying civilization. It’s up to Max and his best friends Reggie (Joey Morgan) and Liz (Hassie Harrison) along with old-school gaming gurus Eugene Wylder (Greg Grunberg) and Barton Grabowski (Joseph D. Reitman) to figure out how to beat the dark forces of The Nether before it’s GAME OVER for humanity.