Home News Disney Mark Hamill Had A Cameo In ‘The Mandalorian’ And None Of Us...
Facebook
Twitter 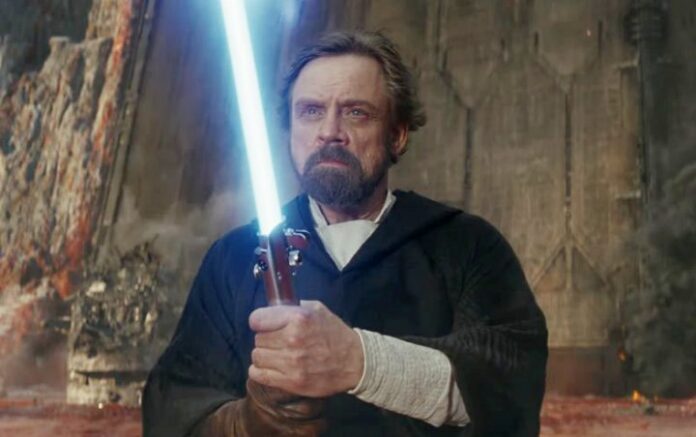 While there was skepticism why The Mandalorian needed a weekly docuseries, Disney Gallery: The Mandalorian has turned out to be a sneaky way to keep interest high in the hit Disney+ series. The eighth and final episode just aired and it included one Hell of an Easter Egg, one that has been kept secret longer than anything does anymore: Mark Hamill had a role in The Mandalorian.

The Star Wars legend has a small part in The Mandalorian‘s first season, during the fifth episode titled “The Gunslinger.” And appropriately enough, Hamill appears during a scene where Mando stops at the infamous Mos Eisley cantina.  Here’s how Slashfilm puts it…

There’s been one major change in the bar since we last saw it in Star Wars: A New Hope. The cantina didn’t allow droids back then, but now it has plenty of them around, including a familiar one at the bar.

There’s a droid bartending who looks exactly like EV-9D9, the droid that was responsible for registering new droid acquisitions in Jabba the Hutt’s palace in Return of the Jedi. In fact, the bartender is EV-9D9, and he just so happens to be voiced by none other than Mark Hamill, who has made several little voice cameos throughout the new trilogy of Star Wars movies, in addition to reprising his role as Luke Skywalker.

Turns out, even though Luke Skywalker is no longer with us and Hamill is essentially finished with the franchise (often voicing his displeasure with it), he’s never more than a voice cameo away. I’m just amazed the secret lasted this long. Pretty damn cool.