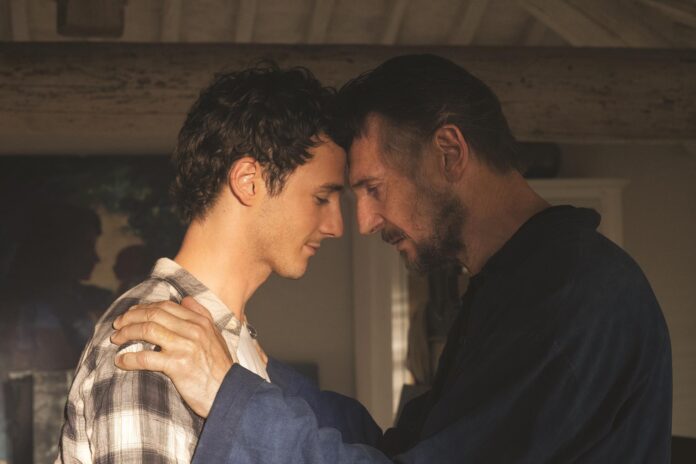 Neeson plays an estranged father, called upon by his son (Micheál Richardson) to help him fix up and sell an old family home in Tuscany. Emotions and rat infestations run rampant throughout the trailer as the father and son try to fix up their house and their past. It’s worth noting that Neeson and Richardson are father and son in real life, Richardson taking the last name of his late mother Natasha. Lindsay Duncan joins the cast as a real estate agent very critical of the property and Valera Bilello plays Richardson’s love interest.

The film is written and directed by James D’Arcy, best known for appearing as an actor in Cloud Atlas, Dunkirk, and Agent Carter. As of now, it will be released in theaters and VOD on August 7th, through IFC Films.

Review: ‘Made In Italy’