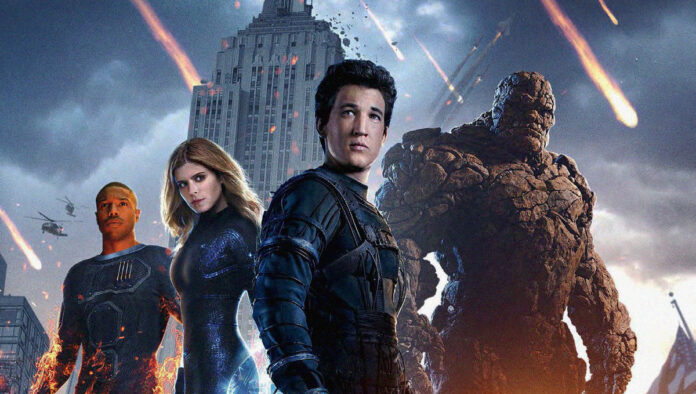 It’s funny that Josh Trank is suddenly such a frequent topic of discussion. It’s like 2015 all over again the way we’re still talking about his Fantastic Four. But to be fair, this time it actually makes some sense and is incredibly timely, because it has to do with Trank’s desire to cast a black actress as Susan Storm, and the pushback he received from the studio.

You may recall in a recent piece on Trank that he feared for his life and slept with a gun because of the many death threats he received over casting Michael B. Jordan as Johnny Storm. He wanted to do what would seem to be the natural thing and cast a black woman to play Johnny’s sister, Sue “Invisible Woman” Storm, but Fox wasn’t down for it and Trank regrets not taking a stand right then…

“There were a lot of controversial conversations that were had behind the scenes on that,” Trank said to Geeks of Color. “I was mostly interested in a black Sue Storm, a black Johnny Storm, and a black Franklin Storm. But also, when you’re dealing with a studio on a massive movie like that, everybody wants to keep an open mind to, like, who the big stars are going to be. ‘Maybe it’ll be Margot Robbie,’ or something like that. But when it came down to it, I found a lot of pretty heavy pushback on casting a black woman in that role.”

Trank continued, “When I look back on that, I should have just walked when that realization sort of hit me, and I feel embarrassed about that, that I didn’t just out of principle. Because those aren’t the values I stand for in my own life; those weren’t the values then or ever for me. Because I’m somebody who always talks about standing up for what I believe in, even if it means burning my career out. I feel bad that I didn’t take it to the mat with that issue. I feel like I failed in that regard.”

What was stupid about this whole thing is that it would’ve been easier, just from a script perspective, to cast a black actress as Sue rather than Kate Mara. And if Fox execs really were holding out for a superstar talent, Mara wasn’t it. Nothing against her, by the way, I think she’s great, but she’s not selling any tickets.  Having two of the Fantastic Four be persons of color on the other hand? That might’ve seriously moved the needle.

On the other hand, the movie sucked and would be forgotten if stuff like this would cease popping up every few months.  But there’s a part of me that thinks if Trank had stood his ground and fought the casting choices he wanted, perhaps he wouldn’t have needed to fight, and ultimately lose, all of the other battles which hurt his movie.

Josh Trank Opens Up About ‘Fantastic Four’ Anxieties, His ‘Boba Fett’ Departure, And Much More

Tom Hardy Looks Oscar Worthy In The Trailer For ‘Capone’