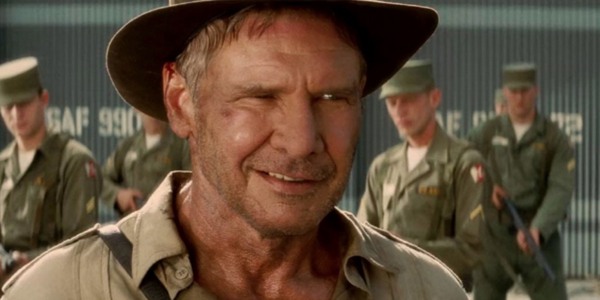 Is Indiana Jones 5 really going to happen? While any of us are alive, I mean? There have been so many production headaches, particularly with the script, that even Steven Spielberg threw his hands up and left. Well, now there’s another big change, and it sounds a lot like the previous ones. Speaking with Collider, writer David Koepp revealed that he’s no longer working on the screenplay.

Koepp revealed that when Spielberg departed Indiana Jones 5 and handed the directing reins to James Mangold (Ford v Ferrari), he saw that as the perfect time to bow out…

“When James Mangold came in … he deserves a chance to take his shot at it. I’d done several versions with Steven. And when Steven left, it seemed like the right time to let Jim have his own take on it and have his own person or himself write it.”

Koepp has worked with Spielberg plenty of times in the past, so his loyalty makes sense. He’s also been involved with this franchise, and this particular film, for quite a while. He was the writer of the much-maligned Kingdom of the Crystal Skull, and at one point said Indiana Jones 5 would be pretty similar. After Koepp had trouble cracking the screenplay, Jon Kasdan (Solo) and Dan Fogelman (This is Us) took stabs at it, only for Koepp to come back in. Nothing has worked.

What Koepp is basically telling us is that James Mangold is starting over fresh, which means an even longer time before production can begin. Currently, Indiana Jones 5 is set for July 29th 2022, but I remain skeptical about this whole thing.

‘Indiana Jones 5’: David Koepp On The Troubles Holding The Film Back