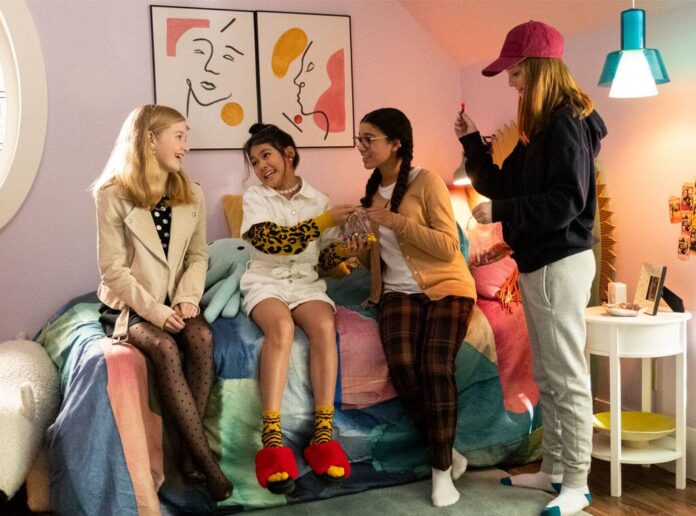 All my eighties and nineties babies: get ready to be drowned in nostalgia. Netflix has just released the trailer for The Baby-Sitters Club reboot. Based on the beloved book series by Ann M. Martin, the reboot brings beloved characters Kristy, Mary-Anne, Claudia, Dawn, and Stacey into the 21st century.

Taking a modern approach to the issues that the book series originally raised, the series will cover the formation of the club, first crushes, self-discovery, and divorce. Even though it was considered a pretty girly series, its diversity, business focus, and positive female relationships made it one of the most read and beloved series for young readers.

Its popularity led to spin-offs, a 1990 TV series, a 1995 film starring Rachel Lee Cook, a computer game, and graphic novels. I have super fond memories, staying up late reading them, and debating favorite characters with my friends. However, it’s clear that this new iteration will be for a younger generation. It will be interesting to see how they will like a more updated version of The Baby-Sitters Club.

The Baby-Sitters Club series is set to premiere on Netflix on July 3rd. You can watch the trailer below.

‘The Umbrella Academy’ Season 2: The World Is Ending Again In Opening Clip