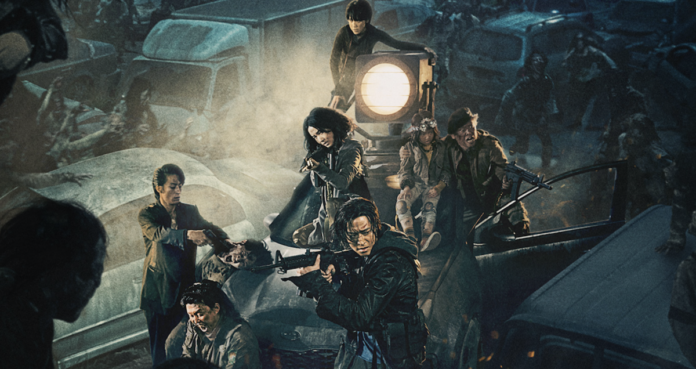 While the Cannes Film Festival was canceled, they still put together their list of Official Selections. Most of these are films that would’ve been shown, and one of those is Peninsula, the anticipated sequel to South Korean zombie horror Train to Busan.  On another note, I was also trying to court the film to be part of the canceled Lakefront Film Festival. Sadly, it won’t play at either, but with a summer release set we at least have a pair of new posters to check out.

Train to Busan won accolades all around the world, not the sort of thing one would expect from a movie about a zombie outbreak aboard a passenger train. Peninsula is more of a followup than a sequel, taking place four years later and expanding on the post-apocalyptic world. The story follows a soldier named Jung-seok who survived the initial outbreak but must return to a destroyed Korea on a retrieval mission, only to become trapped there with other survivors looking to escape.

That theme of “escape” is echoed in the two posters, one showing the armed survivors facing down a threat from the undead, and a second that looks like a car chase might be in order. Do zombies drive? I hope so because that would be pretty cool.

Peninsula is set to hit theaters in South Korea this summer. Hopefully we’ll get a stateside release soon after.