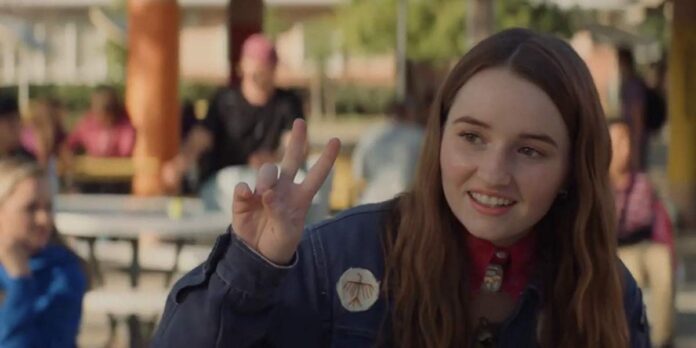 While Cats may have given adaptations of Broadway musicals a bad name lately, the upcoming movie based on Dear Evan Hansen should be considerably better. With Ben Platt set to reprise his role from the Tony Award-winning show, and he’s about to get a great co-star in Booksmart‘s Kaitlyn Dever.

Deadline reports Dever is in talks to join Platt in Dear Evan Hansen. The film adaptation of the Broadway show will be directed by Stephen Chbosky, best known for The Perks of Being a Wallflower and Wonder. Not much is expected to change. There will still be music provided by La La Land and The Greatest Showman composers Benj Pasek and Justin Paul, with the story following a teen with social anxiety as he tells a big lie to get closer with a family whose son has committed suicide.

Dever is a supremely talented actresses and singer. She recently earned a Golden Globe nomination in Netflix’s harrowing drama series, Unbelievable, and for her role in Olivia Wilde comedy Booksmart. She recently signed on for the Margot Robbie-produced TV series The Wildest Animals in Griffith Park.

Review: ‘Them That Follow’, Olivia Colman Stands Out In Snake-Handling Church Thriller

‘Them That Follow’ Trailer: Olivia Colman And Alice Englert Have Snakes In Their Midst