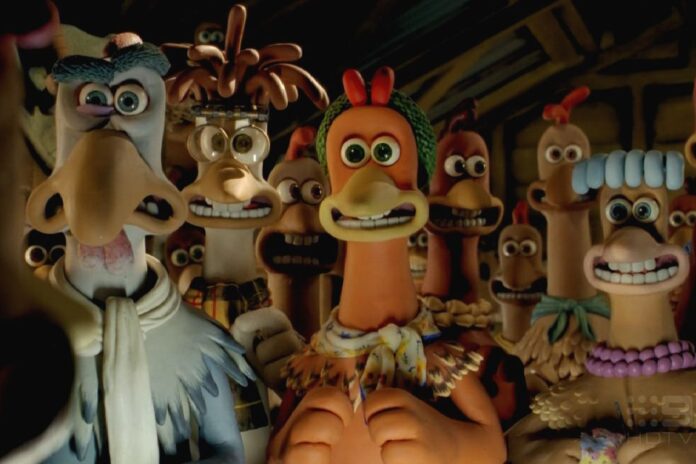 The unyielding appeal of Aardman Animation’s stop-motion Chicken Run has long baffled me, but there’s a large group of fans who love it. Today marks the 20th anniversary of the hit film’s release, and Aardman has taken this time to announce that Netflix has exclusive rights to an upcoming sequel.

Variety reports on the Chicken Run sequel, announced by Aardman during an Annecy International Animated Film Festival virtual panel. The film has been in the works for a couple of years, and Netflix plunking down money for it isn’t too surprising. They collaborated with Aardman for 2019’s A Shaun the Sheep Movie: Farmageddon, and the working relationship must’ve worked out for both sides.

The original movie centered on a group of chicken trying to break out of their coop before being turned into chicken pot pies. The sequel goes in the opposite direction, as they’ll be trying to break in, giving it a heist movie feel. Sam Fell (ParaNorman) will direct, based on a script by Karey Kirkpatrick, John O’Farrell, and Rachel Tunnard.

“I tell you it will be fun and games seeing these chickens back in action. All the gadgets, the kit, we’re kind of moving towards an almost-tribute to Mission Impossible with elements of heist and how they’re going to pull off this amazing break-in.”

Furthermore, the story will include the return of characters Rocky and Ginger, originally voiced by Mel Gibson and Julia Sawalha, who are living on the exotic island they escaped to. They also have a child, Molly, who wants to leave home and see the world. Meanwhile, a threat on the mainland also endangers the island, and it’s up to Molly to save all of chicken-kind. Gibson’s role will be recast, according to TheWrap. That should surprise nobody.

Production on Chicken Run 2 begins next year, and considering this is stop-motion, expect a very long process.

I Guess They’re Not Too Old for This Sh*t, ‘Lethal Weapon 5’ Might Be Happening?