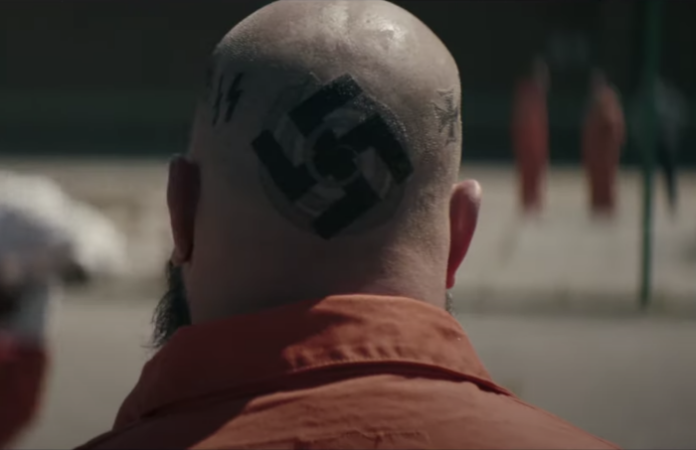 Ever since the first trailer for Becky debuted, showing a sadistic, menacing side to goofball actor Kevin James than we’ve ever seen, we’ve had more response to that film than any other. Perhaps his fans are tired of seeing him play the dufus sidekick to Adam Sandler, or the dufus mall cop, or whatever dufus role he’s played far too often. Now a new red band trailer lets us know that James’ performance may be too much for general audiences to handle.

Becky features James as a terrifying neo-Nazi on the hunt for something he’s lost, but has been found in the possession of a young girl (Lulu Wilson). To get it back, he’ll do whatever it takes, even if that means the girl and her family. The cast includes Joel McHale, Amanda Brugel, Robert Maillet, and Ryan McDonald.

It doesn’t always happen, but sometimes an actor takes on a role that changes the trajectory of their career. Could James be on the verge of something similar?

SYNOPSIS: Spunky and rebellious, Becky (Lulu Wilson) is brought to a weekend getaway at a lake house by her father Jeff (Joel McHale) in an effort to try to reconnect. The trip immediately takes a turn for the worse when a group of convicts on the run, led by the merciless Dominick (Kevin James), suddenly invade the lake house.