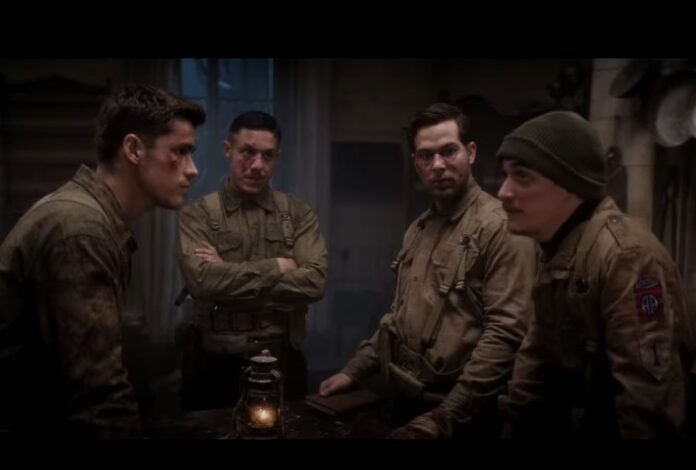 Say you’re a soldier on the ground in France at the end of World War II, you’ve evaded a platoon of Nazi’s. You and you’re guys are hold up in an abandoned mansion, the worst is behind you now right? Not if that mansion was, like, super haunted. That’s the completely crazy synopsis for Ghosts of War, an upcoming horror flick starring a who’s who of CW-ish leading men. Brenton Thwaites, who plays Robin on Titans (a show that you NEED to watch if you haven’t already) leads the pack and is joined by Alan Ritchson (Titans, Smallville) Skylar Astin (Pitch Perfect) and Theo Rossi (Sons of Anarchy). If you think this sounds like a movie you don’t want to see I honestly don’t think we can be friends anymore. Check out the trailer below and look for Ghosts of War today on DirecTV, followed by virtual cinemas, digital, and VOD on July 17th, 2020!

COVID Made Them Do It. “The Conjuring 3…” Has Officially Moved To June 2021