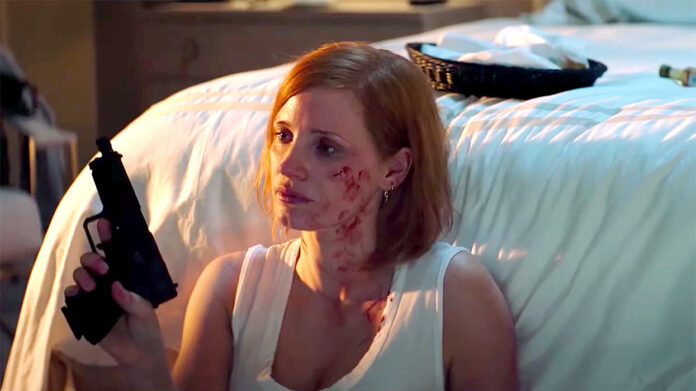 Formerly-titled Eve, Jessica Chastain’s assassin film Ava has had a troubled route to release. Original director Matthew Newton dropped out when past domestic abuses came to light, but that might’ve worked in the movie’s favor. Chastain, also a producer on the film, turned to Tate Taylor, her director on The Help, to step and save the day. And now with the release of this trailer we’re getting our first look at one of the first major films of the fall season.

Ava sounds like a textbook flick for the genre, with Chastain playing a deadly assassin who must fight for her life when a high-profile job goes wrong. The cast includes Geena Davis, Colin Farrell, John Malkovich, Common, Jess Weixler, Joan Chen, Diana Silvers, and Ioan Gruffudd. While Taylor is directing, Newton’s script remains in play.