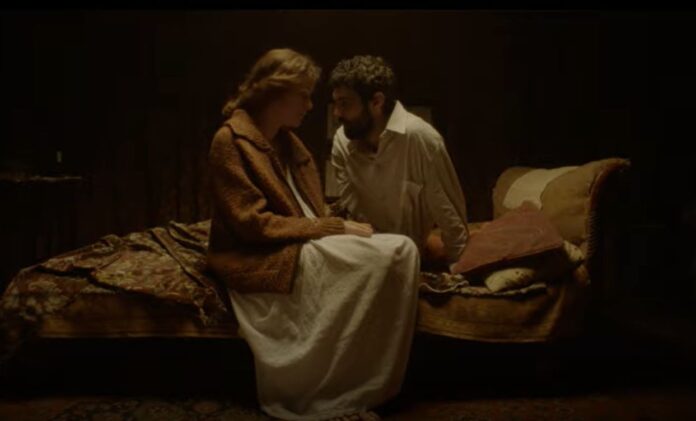 The trailer For Amulet is here! Here’s a tip for anyone looking to up the scare factor in their movie, hire Imelda Staunton. She’s the actress who played Dolores Umbridge in the Harry Potter series, and after watching this trailer I can say with complete certainty that her wholesome on the outside evil on the inside thing works wherever you put it. I’m going to add bonus points for the nun getup she’s rocking in this film. While that may be enough for some, Amulet is not relying solely on those with anxiety about passing their OWLs and is chock FULL of disturbing imagery from the obvious to the not so. I’m always intrigued by the things that can be creepy in the right setting, kids, playgrounds, happy music, and in this case mold on a ceiling. With the right person behind the camera anything can be sinister. I can’t speak to the story, which sounds pretty standard, a homeless vet bunking with a woman and her daughter who are both hiding a secret about who the daughter really is. It’s all in the execution actress-turned-filmmaker Romola Garai in her directorial debut, and while the performances and story may need some validating to call them quality the atmosphere certainly seems promising.

‘Amulet’ Interview: Romola Garai On Her Chilling Directorial Debut And The Women Filmmakers Who Inspired Her