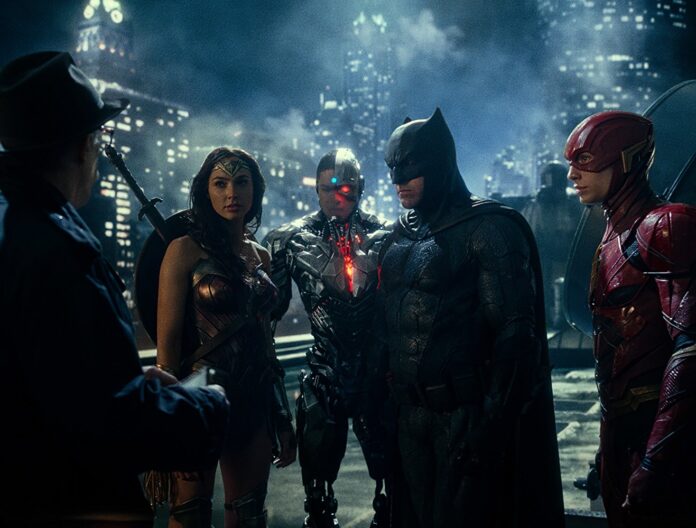 News keeps trickling out over Zack Snyder’s Justice League, and that’s to be expected. This is not only the biggest story of the week, but one of the biggest in years because of what it says about the power fans can wield.

The release of the Snyder Cut does have some wondering where this could lead. Is Zack Snyder coming back to the DCEU? Will the film have any impact on the cinematic universe that has thrived since Snyder’s absence? And will the $20M-$30M Snyder has been given to complete production include additional filming?

According to Umberto Gonzalez at TheWrap, Snyder did ask for additional shooting with the cast and WB said “Nah, playa.”

“There’s not going to be any reshoots of any kind with any actors,” Gonzalez explains. “It’s just additional dialogue. Here’s something that hasn’t been reported yet: [Snyder] did want to shoot and he wanted to do additional photography but HBO Max said no, that’s not happening.”

“We’ll give you money for post-production, for special effects, for scoring, and even ADR but no reshoots of any kind on this movie.”

And that makes sense, of course. Not only would it be virtually impossible to gather all of those stars under the best of circumstances, but it would be more difficult right now with the coronavirus. It would certainly have added months of additional time, and that’s not something HBO Max was willing to give.

As for what Snyder’s Justice League could lead to, such as spinoffs or sequels, that’s also looking unlikely…

“This movie is basically one and done,” Gonzalez says. “This is to…close the loop, to finish the story. Maybe not the whole story, cause he did have like a three to five-picture plan. But this Snyder-verse, I’ll call it, will end with the Snyder Cut. Don’t expect any spinoffs for Batman or with Ben Affleck as Batman or any of that.”

I still hold out hope Snyder could return for a Man of Steel sequel, as he and Henry Cavill do remain on good terms with the studio.

Zack Snyder’s Justice League hits HBO Max in 2021, and Ben Affleck is at least trying to act excited about it.

BATMAN ON FAT MAN BEYOND! Last night on #fatmanbeyond, @benaffleck sent a message to all the fans who made the #zacksnyder @justiceleague a forthcoming reality on @hbomax with their passionate #releasethesnydercut campaign! Ben also sent some love to his director Zack in the clip – and for you @jayandsilentbob Strike Back fans, he included a bomb of a button! Big thanks to the Dark Knight for swinging by our little show – @marcbernardin & I appreciated it, and the audience was ecstatic! (See the whole episode at my @youtube channel.) #KevinSmith #benaffleck #justiceleague #benaffleckbatman #hbomax #zacksnydersjusticeleague

‘Zack Snyder’s Justice League’ May Cost Up To $30M, Will Be “An Entirely New Thing”