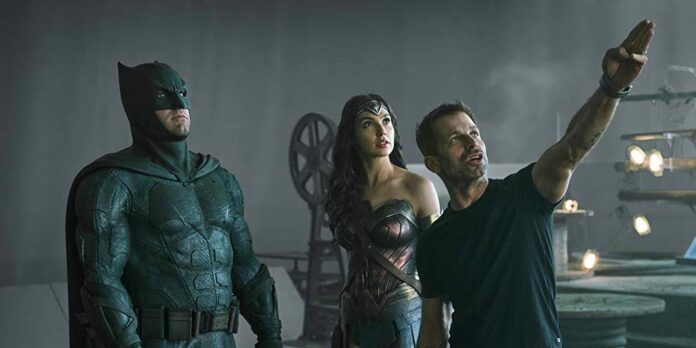 Mouth, please make room for foot.  Crow. Prepare to be eaten.  Yes, it’s real. Zack Snyder’s Justice League, and that’s the official title by the way, is real and it’s happening, giving credence to the guerrilla tactics of online fanboys from now til the end of time. And that’s cool, despite my insistence the film would never be released, I always wanted to see it and that will happen in 2021. But at what cost?

According to THR, Warner Bros. is plunking down an additional $20M-$30M to finish the Snyder Cut of Justice League. Furthermore, it may be divided up into six chapters comprising a 4-hour director’s cut. Oof.

So as Snyder previously has said, there’s still a lot of work to be done and VFX companies are only now being sought to complete the job. When it’s finished, Snyder says what fans will get is something completely different from the version they saw in theaters…

“It will be an entirely new thing, and, especially talking to those who have seen the released movie, a new experience apart from that movie,” Snyder said. “You probably saw one-fourth of what I did.”

“I always thought it was a thing that in 20 years, maybe somebody would do a documentary and I could lend them the footage, little snippets of a cut no one has ever seen.”

Snyder’s wife, producer Deborah Snyder, also makes a valid point in that the rise of streaming probably made this whole thing possible. There’s such a huge need for content and not all of it is suited for theaters. This would certainly qualify, considering its unfinished state.

Zack Snyder concludes by thanking Warner Bros. for returning to a project he clearly still has a lot of love for. And who knows? Perhaps there’s a window of opportunity for him to return to the DCEU, maybe with Man of Steel 2?

“This return to that pedigree and to let my singular vision of my movie be realized, in this format, in this length, is unprecedented and a brave move,” he said.