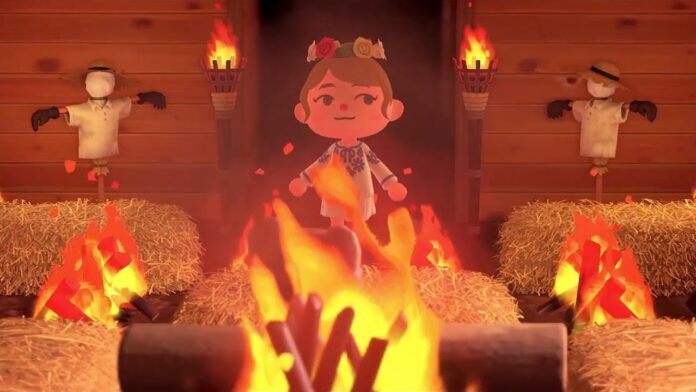 Like millions of others stuck indoors during the outbreak, I too have become obsessed with Animal Crossing. It’s a game I’ve played in pretty much every previous version, but never quite like this. That said, while I’m still busy trying to find a good place to stick an incline or a bridge, Youtube’s Evil Imp (via BloodyDisgusting) is recreating the fiery final scene from one of last year’s most shocking movies, Midsommar.

That’s right. The scorching finale of Midsommar has been recreated using Animal Crossing: New Horizons, and it’s downright creepy how accurate it is. You’ve got bear suits, burning pyre, and Dani’s (Florence Pugh) savage awakening into a goddess of vengeance, surrounded by anthropomorphic animals from the hit Nintendo Switch video game.

It’s pretty wild, and shows the customizable depths of Animal Crossing: New Horizons. If it hasn’t already, expect this to start a deluge of movie recreations. I’ve already seen Animal Crossing talk shows, movie trailers, whose to say someone can’t just do an entire series or a full feature film?