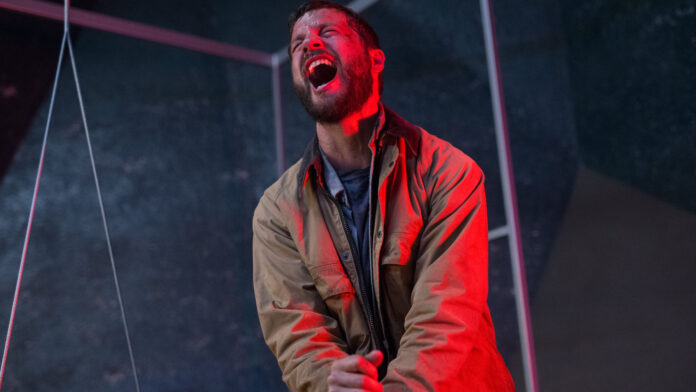 Leigh Whannell has been a part of so many hit films, from the Saw franchise to Insidious, that it’s somewhat surprising that The Invisible Man is what really put him on the map. That said, it was his insane body horror Upgrade that has fans begging for a sequel, and well, they’re going to get it on the small screen courtesy of Blumhouse TV.

It was a few months ago that Whannell and Blumhouse showed interest in an Upgrade sequel, and now Deadline reports it will happen as a TV series. The original movie starred Logan Marshall-Green as a paralyzed man who has an artificial intelligence called STEM implanted into his body, giving him mobility, extreme combat skills, and it turns out, a thirst for revenge against those who murdered his wife and left him injured.

Whannell is on board as a producer, joined by writers Krystal Ziv Houghton and James Roland. Acting as exec-producer, writer, and showrunner is Tim Walsh, late of USA’s canceled Bourne spinoff Treadstone. It’s unclear if Marshall-Green will come back, but I sure hope so.