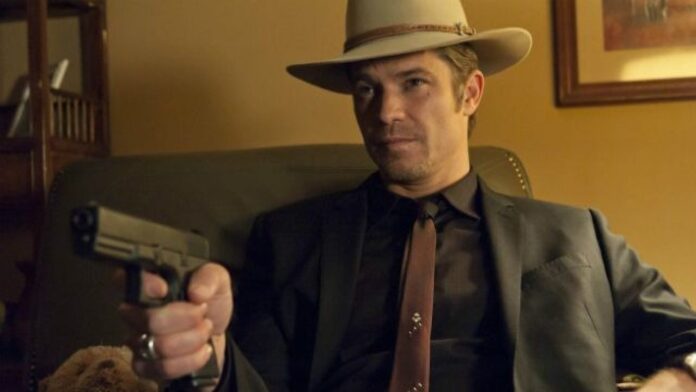 What happens when Seth Bullock rides in from Deadwood to a galaxy far far away? We’re going to find out in the second season of The Mandalorian. Multiple outlets report Timothy Olyphant will have a role in season two of the live-action Star Wars series, which keeps adding one big name after the next.

Details on Olyphant’s role are being kept quiet, of course, but he’s unusually suited to joining the space Western, what with his background on Deadwood and Justified.  Will he be another gunslinging Mandalorian? Or a bounty hunter? Or maybe he’ll be another man of the law, since that seems to be where he fits in best.

Olyphant joins a bunch of new additions to The Mandalorian cast, including Rosario Dawson, Temuera Morrison, Michael Biehn, and Katee Sackhoff. The only question is, with so many new faces will there be room for continuing Mando and Baby Yoda’s journey?

The next stop for Olyphant is in Fargo season 4, which should’ve premiered back in April if production wasn’t delayed due to the coronavirus. He recently had a role in Quentin Tarantino’s Once Upon a Time in Hollywood. The Mandalorian returns to Disney+ this October.  [THR]