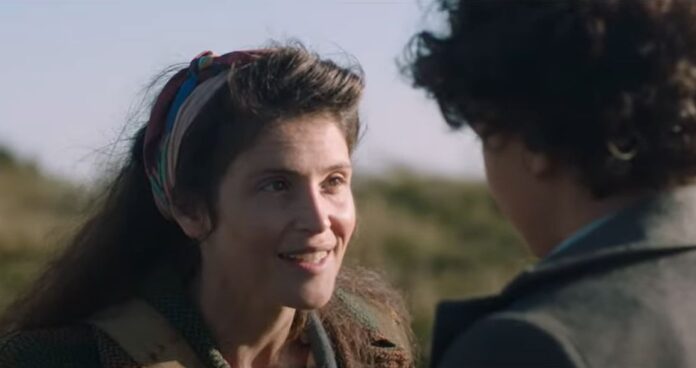 I just finished watching the new trailer for Summerland, a film set during World War II that tells the story of a boy named Frank, an evacuee of London, who’s sent to live in the country with a grumpy writer (Gemma Arterton). I’m almost rolling my eyes at that 2-second synopsis, you can usually tell when a film has making you cry as one of its prime directives and more often then not the result is the dramatic equivalent of a series of jump-scares in a horror movie. A paint by numbers series of events aimed at base human instincts designed to illicit a proven but cheap result, in this case crying.

There are three things moving Summerland above this realm, according to the trailer, that I didn’t consider. Gemma Arterton, Gugu Mbatha-Raw, and a layered story that seems equal parts unique and believable. The trailer reveals that Arterton is so solemn because she’s lost the woman she loves and has obviously been ostracized for that very love. Factor the many angels from which grief appears to come, and the palpable chemistry between her and young Frank and already you’re in a great place. That’s not even to mention that Raw has been amazing in a quasi-similar story, (Black Mirror‘s ‘San Junipero’ episode) and you have something that, at a bare minimum, deserves a further look.

Check out the trailer below and let us know what you think!

Follow all of our coverage for this film right here!