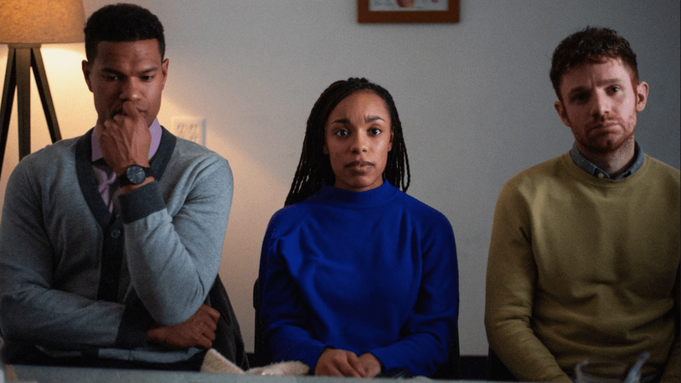 Jeremy Hersh’s The Surrogate was to have made its premiere at this SXSW a few months ago before the event was canceled. And like so many films in a similar situation, the complex drama is finding itself with a “virtual theatrical release” in the coming weeks, and to announce it the first trailer has been released.

The Surrogate takes an already complicated issue, surrogacy, and takes it to another emotional level by throwing friendship and more into the mix. Two men hire their close friend to be the egg donor and surrogate for their child, only to learn weeks in that the child may be special needs. The film stars Jasmine Batchelor, Chris Perfetti, and Sullivan Jones. Hersh not only directed by wrote the screenplay.

SYNOPSIS: Jess Harris (Jasmine Batchelor, “The Good Fight”), a 29 year old web designer for a nonprofit in Brooklyn, is ecstatic to be the surrogate and egg-donor for her best friend Josh (Chris Perfetti, “Looking”) and his husband Aaron (Sullivan Jones, Slave Play). Twelve weeks into the pregnancy, a prenatal test comes back with unexpected results that pose a moral dilemma. As they all consider the best course of action, the relationship between the three friends is put to the test.