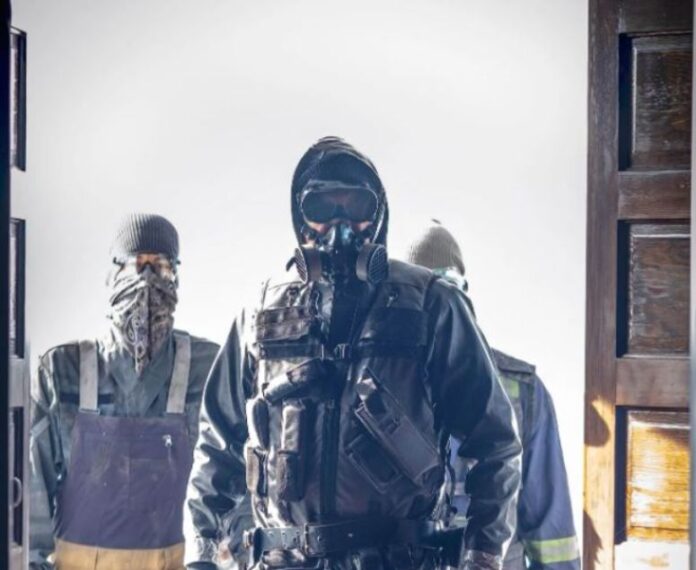 CBS All Access is taking a big step to becoming more than just the Star Trek streaming service. Soon it may be the place to go for Stephen King adaptations, too. Vanity Fair has posted the first images from The Stand, the upcoming series based on King’s epic novel which…well, let’s be honest, with the pandemic they’re hitting a little close to home right now.

Directing the first episode is The Fault In Our Stars and New Mutants director Josh Boone. He’s been attached to an adaptation of The Stand since 2014, but couldn’t get his feature film version off the ground.

King’s book is set in a world in which the human population has been decimated by a weaponized plague, and as you can imagine, working on such a thing during an actual outbreak had an impact on showrunners Benjamin Cavell and Taylor Elmore, who previously worked together on Justified.

“It was very surreal, obviously, to start to realize that there was a creeping pandemic the way there was at the beginning of our show,” Cavell said.

“When you hear reports that 100,000 or 240,000 people are going to die, you’ve got to take notice, and it is going to be bad. It’s bad right now. It’s brought the economy to a complete stop. In a lot of ways, I mean, you see the pictures of Times Square or London, and you say, ‘It really is like The Stand.’”

The Stand is expected to hit CBS All Access later this year.