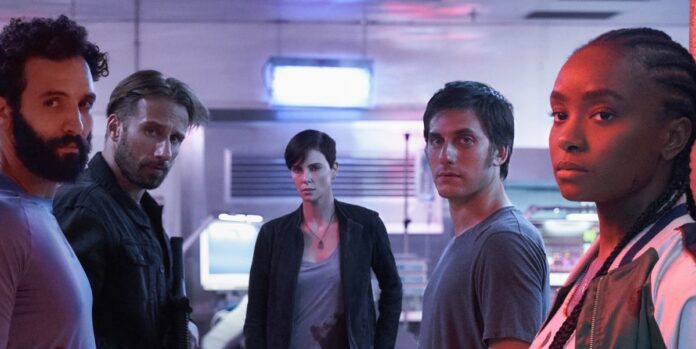 In case you haven’t noticed, Netflix is working hard and attracting top stars to try and build themselves an action franchise. Already they’ve found proven success with Chris Hemsworth’s Extraction, and have Dwayne Johnson and Emily Blunt’s next film in the fold. But if we’re just talking about action, the biggest star of the bunch may be Charlize Theron, and Netflix has her, too, with the Highlander-esque flick The Old Guard.

The first trailer for The Old Guard has arrived, and it looks like it was designed to be the first of many. Theron plays leader of a team of immortal soldiers who see their centuries-long existence threatened just as a new member of their kind is found.

The Old Guard comes to Netflix on July 10th.

SYNOPSIS: Forever is harder than it looks. Led by a warrior named Andy (Charlize Theron), a covert group of tight-knit mercenaries with a mysterious inability to die have fought to protect the mortal world for centuries. But when the team is recruited to take on an emergency mission and their extraordinary abilities are suddenly exposed, it’s up to Andy and Nile (Kiki Layne), the newest soldier to join their ranks, to help the group eliminate the threat of those who seek to replicate and monetize their power by any means necessary. Based on the acclaimed graphic novel by Greg Rucka and directed by Gina Prince-Bythewood (LOVE & BASKETBALL, BEYOND THE LIGHTS), THE OLD GUARD is a gritty, grounded, action-packed story that shows living forever is harder than it looks