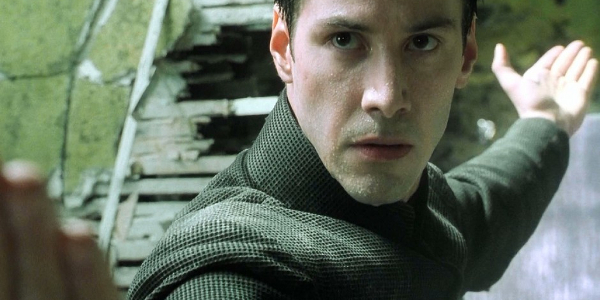 Hollywood productions have mostly been stuck in place since March due to the coronavirus, but in recent days we’ve begun to hear about the restrictions being lifted. Warner Bros. has targeted a July return date for one of the biggest movies on their slate, Lana Wachowski’s anticipated sequel to The Matrix, and have extended the contracts of their cast to keep them in place until that time.

Filming on The Matrix 4 began in February in San Francisco, but the outbreak of COVID-19 derailed a Berlin shoot in March before it could even get started. That has meant stars Keanu Reeves, Carrie-Anne Moss, and others have been sitting idle all of that time, with no idea when they will get back to work. One of the little issues that have popped up during this crisis is keeping busy actors locked-in while productions are on hold. Hence the need for Warner Bros. to set a clear start date and extend the casts’ contracts through July.

Of course, nothing can be truly set in stone when the pandemic is concerned. WB could find that July is too soon, which would mean figuring something else out. Perhaps they’ll need to move filming to a new location, or extend contracts to cover a longer stretch of time. It really all depends on when international governments feel it’s safe, and the timing on that changes depending on the country. New Zealand, for instance, feels things have turned around enough that James Cameron is preparing to shoot his Avatar sequels again.

If Warner Bros. is comfortable with July, and things go off without a hitch, expect the other major studios to follow suit.

The Matrix 4 hits theaters on May 21st 2021, assuming the date sticks. [Variety]