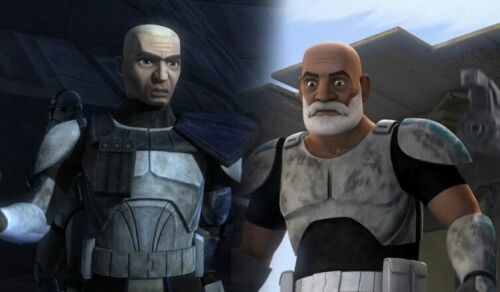 The second season of The Mandalorian is sorta turning into a continuation of The Clone Wars and Star Wars Rebels. The return of Ahsoka Tano, reportedly played by Rosario Dawson (she isn’t signed, last we heard) could lead to the continuation of some long-held storylines, while the recent addition of Temuera Morrison as Boba Fett may have opened the door for more. Why? Because Morrison voiced another key Star Wars character who could be coming back.

So take this with a grain of salt despite Nerdist claiming the source “reliable”, but Jordan Maison of Cinelinx says Morrison will play another role in The Mandalorian, with the implication it could be Captain Rex, the Clone Commander and loyal confidante to Ahsoka Tano. Rex, like all of the clone troopers, was modeled from the DNA of Jango Fett, who was played by Morrison in Attack of the Clones.  That Morrison is much older now and approximately the age of Rex as we saw him in Star Wars Rebels, makes this almost too perfect.

How can you have Ahsoka Tano and not have Captain Rex by her side? He resisted Order 66 for her! It just makes sense. Rumors persist that Tano will be joined by Sabine Wren, as well, with WWE superstar Sasha Banks’ name still being mentioned for the role.

Boba Fett isn’t the only role Temuera Morrison will play in the show….#StarWars

Got my female wrestlers confused, LOL. Sasha Banks has a role in THE MANDALORIAN, so now, the Sabine rumor makes a little more sense. pic.twitter.com/RsUdzOHSeT