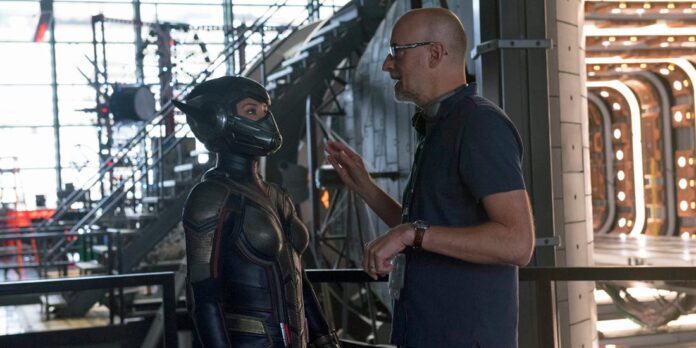 While nothing is going to overshadow the Star Wars Day news of Taika Waititi directing a new Star Wars movie, there were a couple of big reveals for The Mandalorian, as well. Ant-Man and, more importantly, Bring It On director Peyton Reed will be at the helm of a second-season episode of the Disney+ series.

Not only that, but Robert Rodriguez confirmed rumors from a few months ago by posting an image of himself with a certain green infant phenomenon called Baby Yoda…

I am truly humbled to say I have now had the very rare privilege of directing the biggest star in the universe. @StarWars #TheMandalorian #MayThe4th #StarWarsDay pic.twitter.com/pcmzOHfgaW

We shouldn’t see Reed as a surprising choice given his connection to Disney through a pair of Ant-Man movies, but I’ll be honest he wasn’t somebody that immediately came to mind for Star Wars. Perhaps because the Ant-Man movies, as much fun as they are, don’t showcase a signature directorial style. The other directors for The Mandalorian all have very obvious influences that show themselves on screen.

That said, Reed is a very good filmmaker, and his announcement tweet is interesting because of the battered state of Mando’s helmet…

Rodriguez, on the other hand, has shown he can do just about anything he wants. The Western style he brought to films El Mariachi and Desperado will blend perfectly with The Mandalorian. He’s also got blockbuster experience through Sin City and Alita: Battle Angel. His episode, which he’s apparently already shot, is going to be great to watch.