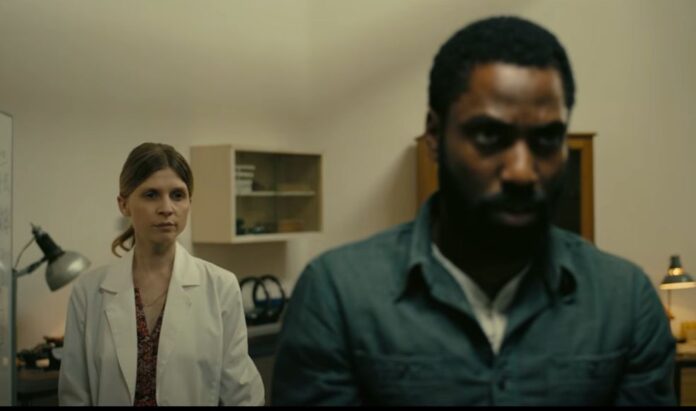 If you pay attention to cinema at all in the past 20 years there are two things that you associate with Christopher Nolan, Batman and bat shit crazy story-lines that sound like they were thought up in Snoop Dogg’s personal toke circle. Dude…like, what if you could go inside your dreams while in a dream and steal other peoples dreams? (See what I mean) This isn’t to minimize the man’s filmmaking, they are the BEST of stoner thoughts made gloriously beautiful through Nolan’s mastery of the art of film making. His films have become events, and we are on the cusp of that next event, a film that we had precious little detail about until today when the second trailer for Tenet dropped. There was talk that the story revolved around time-travel, which turns out wasn’t completely off. John David Washington stars and is front and center in this trailer as a new recruit to a pseudo-government agency that thwarts evil using “time reversion” which, as is pointed out in the trailer specifically, is definitely not time travel. While I wasn’t lying when I said some light was shed in the trailer, hopefully I didn’t give the impression that you’d know exactly what was going on. I’m still not totally sure, but I am sure about one thing…I need to see this movie.

Make sure to catch up on all of our Tenet coverage right here!

Robert Pattinson Says Nobody Saw His Indie Stuff, So He Returned To Making Blockbusters