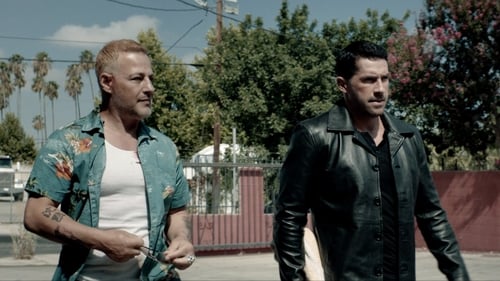 There’s always room for a mindless action flick and Debt Collectors fits the bill. Following up it’s 2018 predecessor – The Debt Collector – we see where life has taken French (Scott Adkins) and Sue (Louis Mandylor). French is a down-on-his luck former soldier who is trained in martial arts. After his failed stint as a…debt collector…he is going from one shitty job to the next. His old partner Sue has things a little more under control. Sue is a retired boxer who taught French the debt collecting trade. After a near death experience, Sue decides to stop drinking and turn some aspects of his life around. One day Sue pays French a surprise visit. Seeing as French thought Sue was dead, it’s safe to say the surprise worked.

Sue convinces French to get back into the game. Their old boss Tommy (Vladimir Kulich) has people who owe him money, and he needs French and Sue to collect. With tens of thousands coming in a pay day, French doesn’t really have much choice but to accept. French and Sue quickly fall back to their old gangster ways and it’s like they haven’t missed a beat. 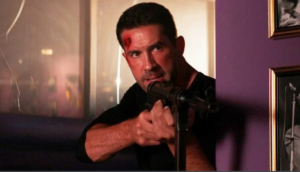 They’re quick to joke around with each other, and even quicker to kick some ass when they need to. Well French more so than Sue. Sue is getting up there in years and has no problems letting the young buck take the lead. Just when things seem to be going well, French and Sue realize they’re getting tailed. The pair start to think that Tommy might not be calling the shots anymore, but if he isn’t – who is?

Not only are Adkins and Mandylor back, but the whole gang joins them. Jesse V. Johnson is once again at the helm, directing and writing with Stu Small also on board to write. The Debt Collector had a lot of things going for it. Between the chemistry seen among the leads to the style (pacing, music, cinematography) – Johnson found a fairly successful formula. Fans of the first will be happy to know that not much has changed. The buddy cop aspect of The Debt Collector is once again shown in full force. 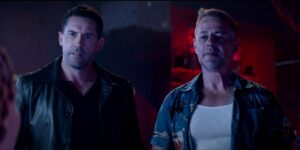 Along with humor throughout, the film is overflowing with action – pretty much from the get-go. The Debt Collector established a fantastic seedy gangster-filled world that carries over into Debt Collectors. It is a world in which people can go from kicking each other’s ass to cracking jokes from one second to the next. This leads to multiple hilarious moments and the film wouldn’t feel the same without that mindset.

For those of you who haven’t seen the original, you’ll be just fine tuning in for Debt Collectors. The first film had very little backstory or character development and just got right into the thick of things. The sequel does pretty much the same, so you’re not missing much. Debt Collectors isn’t about emotions or growth, it’s about fighting and fun. If you’re looking for anything with more substance, you are in the wrong place. Johnson & co. know what they have and what they’re going for, they don’t try and pretend to be anything more. They embrace it and that makes for a better product. Just like the original, if you want to turn your brain off and enjoy the ride, don’t hesitate to check out Debt Collectors.

‘Debt Collectors’ Trailer: Scott Adkins Has Come To Collect In This Hard-Hitting Sequel