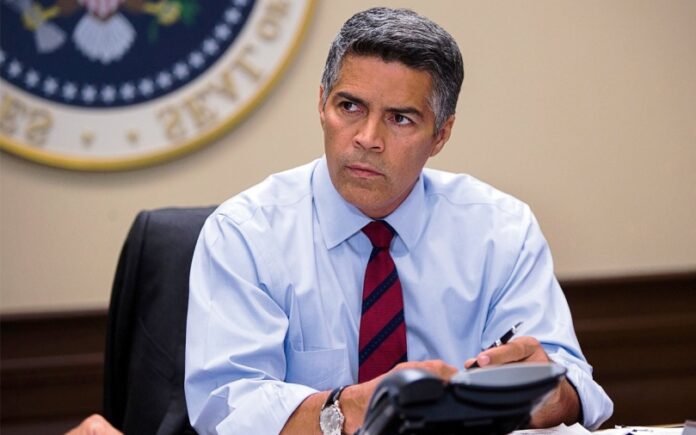 An unusual change has just been made at the top of Mission: Impossible 7. Earlier this year, we learned Nicholas Hoult would be joining Tom Cruise in the action blockbuster. But a few months later and he’s now out, and replaced by veteran character actor Esai Morales. Say what?

Deadline has the news of Hoult’s departure, but doesn’t have any info on what caused it. Probably it has something to do with production delays caused by COVID-19, but that’s unconfirmed.

Nothing against Morales, who is a recognizable actor with some terrific performances in La Bamba, American Family, NYPD Blue, and as Deathstroke on Titans.  That last role might be what led him to this, actually. However, he and Hoult couldn’t be more different if they tried. Morales is a 57-year-old of Puerto Rican descent, while Hoult is English and 30-years-old. Either Christopher McQuarrie is overseeing a big rewrite for the character, or he’s going to be so thinly-drawn that literally anybody of any ethnicity could play him.

Probably the latter. These movies are really about Tom Cruise, anyway.