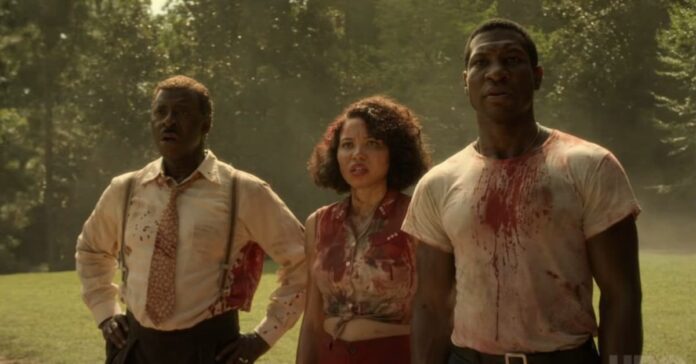 There’s so much potential in HBO’s Lovecraft Country series, it’s almost overwhelming. From producers JJ Abrams and Jordan Peele comes a horror set in the 1950s Jim Crow south, and starring the likes of Jonathan Majors (The Last Black Man in San Francisco), Jurnee Smollett-Bell (Birds of Prey), Courtney B. Vance (Everything? Well, let’s go with American Crime Story), and Michael K. Williams (The Wire). Not only that, but the showrunner is Misha Green, best known for the WGN drama Underground, and the first episode is directed by Yann Demange (’71, White Boy Rick).

So with that much talent, does it even matter what the show is about? Well, this one’s pretty damn great on that score, too. Based on the book by Matt Ruff, it follows a young man who sets off on a journey through the Deep South to find his missing father. On the way he’ll run into monsters, both literal and figurative, and as you can see in the new teaser, things get pretty bloody.

SYNOPSIS: HBO’s new drama series, based on the 2016 novel by Matt Ruff of the same name, debuts this August. The series follows Atticus Freeman (Jonathan Majors) as he joins up with his friend Letitia (Jurnee Smollett-Bell) and his Uncle George (Courtney B. Vance) to embark on a road trip across 1950s Jim Crow America in search of his missing father (Michael Kenneth Williams). This begins a struggle to survive and overcome both the racist terrors of white America and the terrifying monsters that could be ripped from a Lovecraft paperback.