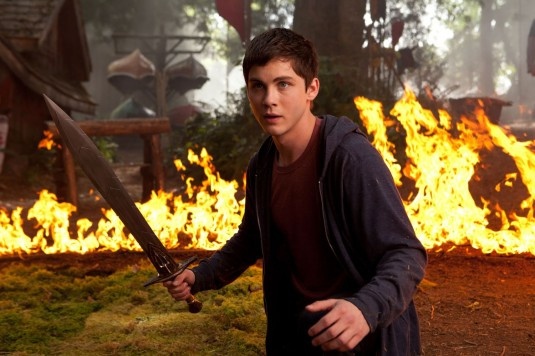 While my love of movies, pro wrestling, comics and video games is well-known, something most are unaware of is that I have an equal passion for the stories of Greek and Roman myth. They’ve always been fascinating to me and the way they try to make sense of the world through the use of fantasy, and cinematic adaptations of those stories are some of my all-time favorites. It’s also one reason why I’m a very big fan of Percy Jackson and The Lightning Thief, not so much its sequel Sea of Monsters but even it is pretty watchable. Sadly, those movies aren’t coming back, but a new TV series on Disney+ is in the works.

Percy Jackson author Rick Riordan announced on social media that a live-action series based on his YA novels is in the early stages for Disney+.  The books, of which there were five plus a couple of spinoffs, centered on young Percy Jackson, a demigod born of a human woman and the oceanic god Poseidon. Along with other demigods his age, he trains to become a great hero at Camp Half-Blood.

The movies were led by Logan Lerman, Alexandra Daddario, Sean Bean, Brandon T. Jackson, Rosario Dawson (as Persephone!! *swoon*), Steve Coogan, and more. They also aged up the characters considerably, something I’m sure Disney will change to appeal to a younger demographic. While the first film did pretty well, it never quite caught on like Harry Potter, which was clearly the hope Fox had at the time. Funny that when Disney purchased Fox we never really considered they’d do anything with Percy Jackson, and now it seems so damn obvious.