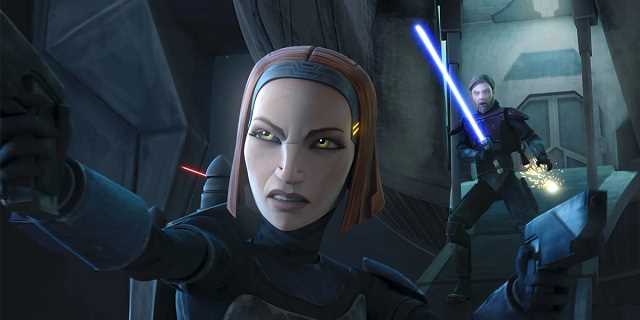 News on season 2 of The Mandalorian just keeps rolling in. A couple of days ago we posted about the possibility of actor Temuera Morrison playing both Boba Fett and Captain Rex, but we started by noting how the show was beginning to look more like a continuation of Star Wars Rebels and The Clone Wars. Well, that’s definitely the case with this latest update, as a character important to both is returning and played by the same actress.

Slashfilm reports that Katee Sackhoff is returning to play Bo-Katan Kryze in The Mandalorian season 2. What’s interesting about this is that Sackhoff, who many know from her time as Starbuck on Battlestar Galactica, will be one of the rare actors to bring the character she voiced into the live-action realm. 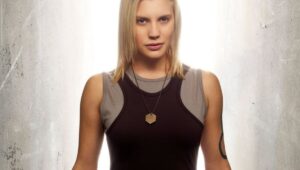 As for who Bo-Katan is, her history is a little bit complicated. She was very recently seen in concluding episodes of The Clone Wars’ final season alongside Ahsoka Tano. Bo-Katan was a leader among the Mandalorian people, ultimately becoming Mand’alor or the sole leader of the clan, and was the previous wielder of the Darksaber which we know is now in the hands of Moff Gideon.

So add Sackhoff to a growing list of new additions to The Mandalorian, along with Rosario Dawson as Ahsoka Tano, Michael Biehn as a bounty hunter, Temuera Morrison as Boba Fett, and possibly WWE superstar Sasha Banks.