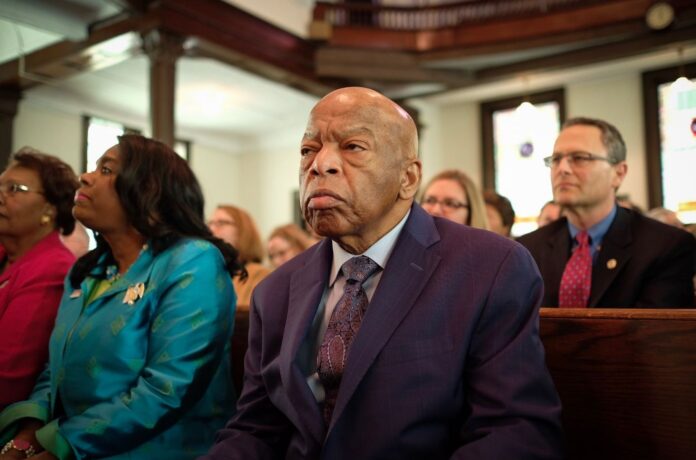 They don’t make politicians like John Lewis anymore. Few have the stature he does, as a civil rights icon who literally shed blood to fight for a cause.  If anybody is deserving of a movie made about him, it’s Lewis, and that’s what he gets in the documentary John Lewis: Good Trouble.

Directed by Dawn Porter (Gideon’s Army), the doc focuses on John Lewis as the congressman engages in “good trouble”, fighting to protect voting rights, enact smart gun control legislation, and much more. Porter engages in interviews with the 80-year-old Lewis, his family, and his colleagues in the U.S. Congress who have seen his strength and resiliency first-hand.

Lewis’ exploits were captured in the graphic novel series, March, for which I met him in 2013 at Comic-Con. He was portrayed by Stephan James in Ava Duvernay’s Selma, and was seen recently in the documentary Bobby Kennedy for President.