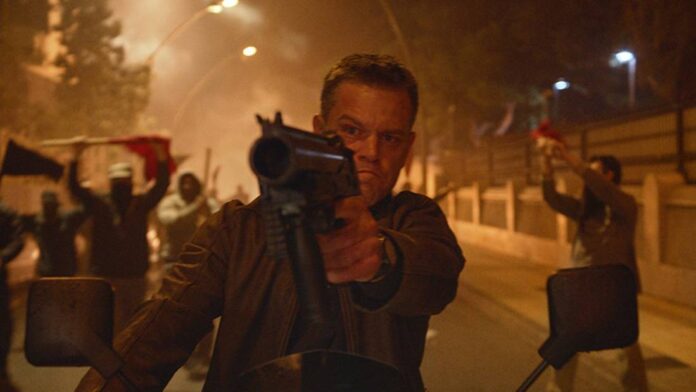 Remember Treadstone? That was the Jason Bourne TV series that was expected to continue the long-running franchise. Well, it didn’t last very long, canceled after just one season by USA. So what happens to Bourne now? Producer Frank Marshall has an idea, and you’ll be shocked to know that plans are in the works to bring the sleeper agent back.

Marshall told Collider that Bourne is far from dead, and is the perfect vehicle for filmmakers to come in and make their name…

“I do like the ‘Bourne’ series, and I do think that’s an opportunity for different filmmakers to come in now. So, I’m hoping that we can find a new story for ‘Bourne’ and a new filmmaker. We are looking.”

Scoring top directors has hardly been a problem for the Bourne franchise, though. It began with Doug Liman on The Bourne Identity, followed by Paul Greengrass on the next two sequels, then longtime franchise writer Tony Gilroy on the lackluster spinoff The Bourne Legacy. Finally, Greengrass returned for Jason Bourne, which also failed to reinvigorate despite the reunion with Matt Damon.

So what this sounds like to me is Bourne producers reaching out to up ‘n coming filmmakers, like the Bad Boys for Life duo of Adil & Bilall, to give the franchise a new look and feel. We’ll see, but I think it could use a few years off.

‘Jurassic World: Dominion’ Won’t Be The End, Will Start A “New Era”