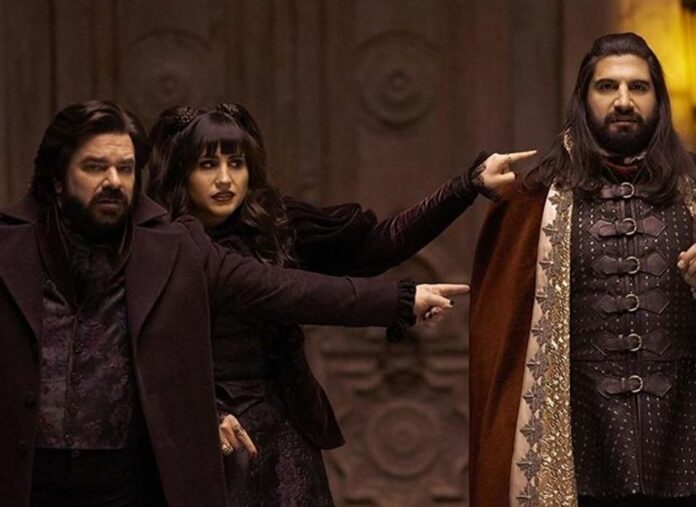 Grab your familiars and close your blinds. What We Do In The Shadow‘s is coming back for a third season.

FX renewed its vampire comedy today after strong multi-platform ratings during its second season. The midseason pick-up means that the network’s faith in the comedy isn’t waining. “Week in and week out, the producers, writers, and our amazing cast continue to make one of the funniest and best comedy series on TV,’ said FX’s President of Original Programming Nick Grad said in a released statement.

Based on the 2014 New Zealand comedy by Oscar-winner Taika Waititi and Jemaine Clement, the show follows a bunch of vampires from the motherland living in modern-day New York. It stars Kayvan Novak, Matt Berry, Natasia Demetriou, Harvey Gullién, and Mark Proksch. Waititi and Clement have both returned to the show in their film roles as well as producers and writers.

While I prefer the film, this is great news for comedy fans, especially when so many shows’ renewals are up in the air due to the coronavirus. You can catch What We Do In The Shadows on FX on Wednesdays at 10 pm and with a subscription on Hulu.