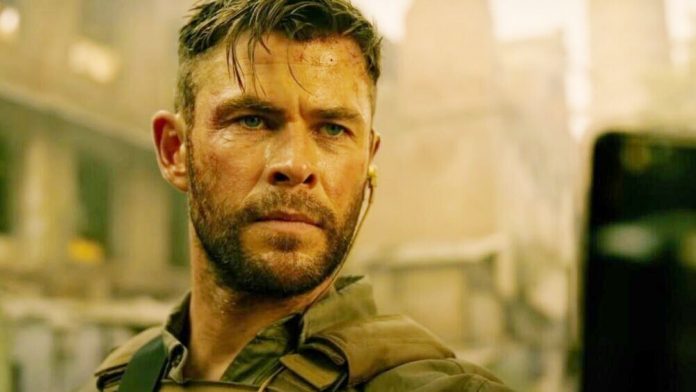 Well, that didn’t take long. Netflix has been touting the record-breaking viewership of Extraction, the action flick led by Chris Hemsworth, the Russo Brothers, and director Sam Hargrave. A sequel seemed obvious, and the filmmakers have already been teasing the possible return of Tyler Rake. Well, according to Deadline it’s definitely happening.

Netflix is reportedly bringing writer/producer Joe Russo back to pen Extraction 2, with the expectation that Hemsworth and Hargrave will join him…

“The deal is closed for me to write ‘Extraction 2,’ and we are in the formative stages of what the story can be,” Russo said. “We’re not committing yet to whether that story goes forward, or backward in time. We left a big loose ending that leaves question marks for the audience.”

Russo continued, “There was always a simple drive to the story, a balletic execution of action where you take a damaged character who made an egregious mistake in the past and has a shot at redemption which might be fatal. What was key is that we needed a muscular action director like Sam to be the main creative force in the execution of the action.”

“Simple” may be part of Extraction‘s charm. The film stars Hemsworth as Tyler Rake, a mercenary with a troubled past who takes on a dangerous mission to save a Bangladeshi crimelord’s son. The movie is about as straight-forward as it gets, and offers Hemsworth a chance to play action hero in his own franchise outside of Marvel.

Joe Russo wrote the script but he also produced with his brother, Anthony Russo, the duo famous for Avengers: Infinity War and Avengers: Endgame. Hargrave made his directorial debut on Extraction, and as the longtime stunt coordinator for the Russos, it was a given that he’d return.

That Russo won’t commit to a sequel or prequel is a nod to Extraction‘s cloudy final shot that leaves more questions than answers. While I expect Russo and Hargrave will look to expand the Tyler Rake story significantly, they’ll probably also want to remember why the movie did so well in the first place.