In the Hollywood of today, practically every major actor or filmmaker has a production company. It’s just smart business to be able to develop projects for yourself and to tell the stories you think should be told. And in the case of Edgar Wright, the new company he’s launched is off to a hot start by teaming up with Netflix.

Variety reports Wright, producers Nira Park and Rachael Prior, and director Joe Cornish have created a new production company, Complete Friction. They’re out of the gate quick with a deal to produce four shows for Netflix, including one exec-produced and directed by Cornish, the man behind Attack the Block and The Kid who would be King. 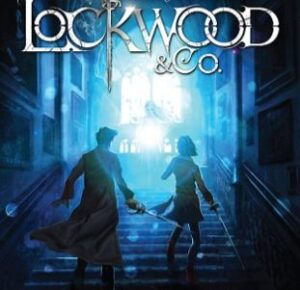 Cornish will direct an action-adventure detective series titled Lockwood & Co, based on the books by Jonathan Stroud. The novels take place in an alternate version of modern-day London, which has been overrun by ghosts that attack the living at night. Only children can sense the ghosts, however, an ability they lose as they grow up.

Other adaptations from Complete Friction include The Murders of Molly Southbourne, based on author Tade Thompson’s horror trilogy, and author S.A. Chakraborty’s sci-fi fantasy The City of Brass. No word on what the fourth project will be.