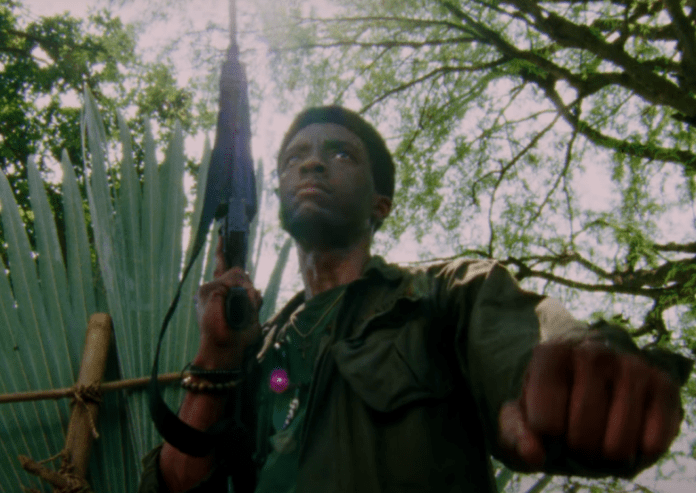 The experiences of black servicemen fighting for a country that doesn’t see them as equal is something Spike Lee has tackled in the past. In 2008 he directed Miracle at St. Anna, which followed African-Americans fighting during WWII. The film was controversial to and one of Lee’s most disappointing critically, but he’s not done speaking on the subject. Only now with Da 5 Bloods he’s moving the action to Vietnam, although the fear and racism the soldiers face hasn’t changed much.

Da 5 Bloods is Spike Lee’s anticipated followup to BlacKkKlansman, the most celebrated movie he’s had in years. He’s back working with that film’s co-writer, Kevin Willmott, and composer Terence Blanchard, in telling a heist story of four Vietnam War vets who return to the country on a rescue mission, and the hope of buried treasure.

The cast is led by Delroy Lindo, Norm Lewis, Clarke Peters, and Isiah Whitlock Jr., along with co-stars Chadwick Boseman, Jonathan Majors, Jean Reno, Paul Walter Hauser, and Melanie Thierry. Lee has kept a close relationship with Netflix since they distributed his series, She’s Gotta Have It.