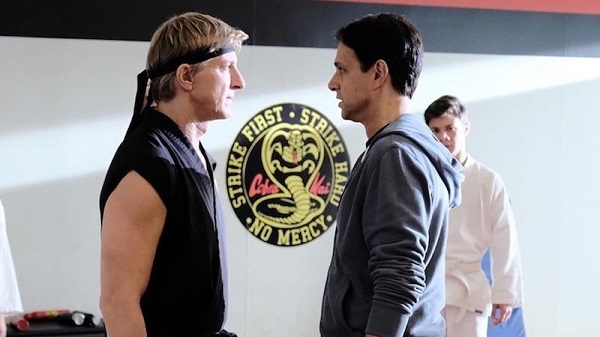 When YouTube started to get into the Original Programming game, they chose a unique show to kick off their entry into the streaming business.  Many people were scratching their heads when they decided to continue the events of the original Karate Kid after a 34-year wait and instead tell the story from the bad guy’s perspective.  But low and behold, Cobra Kai was friggin outstanding!  I even stressed that the show had “absolutely no business being this damn good” on our Best New Shows of 2018 list, coming in at #1.  Cobra Kai gave many 80s babies our childhood back in an honest, raw, and engaging fashion and was such an underrated gem.

With two excellent seasons of the show done at YouTube and the subsequent failing of YouTube Premium’s subscription service really kicking off (as the Youtube is now in favor of moving to an ad-based model vs subscription-based model of revenue and is moving away from Original Programming in favor of Unscripted Programming), Google is now reevaluating their shows, and even though Cobra Kai is their flagship show, they couldn’t promise producers a fourth season.

Deadline reports that Cobra Kai’s producers and Sony TV negotiated to shop the successful show around to other streaming networks for exclusive rights for season 3 and non-exclusive rights to seasons 1 and 2 of the show.  Naturally, Netflix and Hulu are considered the front-runners to continue the show.  Both streaming services have the capital to not only purchase the show (along with the rights to seasons 1 and 2), but also the capital to produce and market many more seasons of the show.  I always thought that if the show aired originally on Netflix, William Zabka would have gotten an Emmy (or nomination at least) for his portrayal of Johnny Lawrence as he really was great.  As of right now, everything’s still in the negotiation phase, but after the cliffhanger of the season 2 finale, fans really want a third season of Cobra Kai to happen as soon as possible.