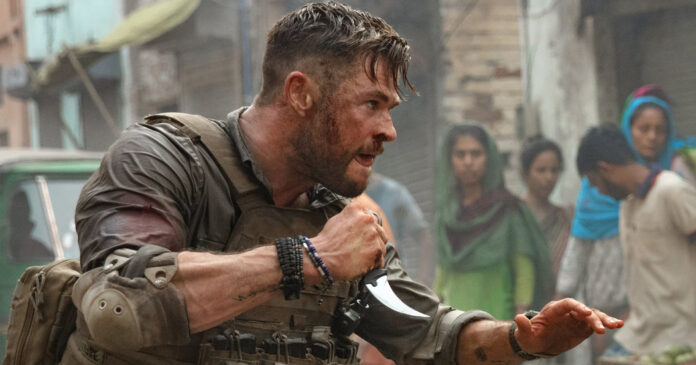 So, is Chris Hemsworth’s merc-for-hire Tyler Rake the next John Wick? Netflix certainly think so, and it seems they’ve got the numbers to back it up. The streamer’s projections are that Extraction, the action flick produced by the Russo Brothers and directed by Sam Hargrave, will be viewed in 90 million households over 4 weeks, making it the biggest ever in their history.

From the beginning, Extraction looked like the start of a potential blockbuster franchise for Netflix, which is something they’ve been lacking. While the movie ended ambiguously, these numbers are going to have Netflix, the Russos, Hemsworth, and Hargrave doing whatever it takes to get a sequel going, and quickly.

EXTRACTION is well on its way to becoming the biggest-ever film premiere on Netflix — with a projected 90 million households getting in on the action in the first 4 weeks.

Thanks to everyone who watched so far! pic.twitter.com/WqZWrW2gBV