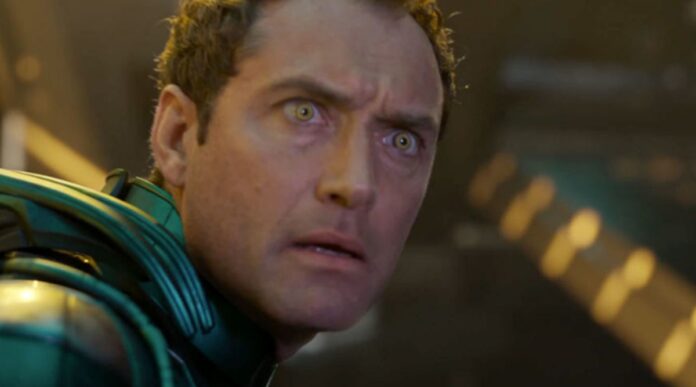 In the pre-DCEU years Warner Bros. was throwing everything against the wall to see what stuck. There were some oddball ideas out there, most of which never came to be, like Nicolas Cage as Superman or Justice League: Mortal. One film that you may have forgotten about, because I sure did, was a Batman vs. Superman movie years before Zack Snyder’s epic dud.

Collider caught up with screenwriter/producer Akiva Goldsman to talk about the canned Batman vs. Superman flick, which would have put Jude Law in the Superman costume and Colin Farrell as Batman, with Wolfgang Petersen (Troy) directing.  If you thought Snyder’s movie was too dark and grim, Goldsman assures that his version was “the darkest thing you’ve ever seen.” And he’s not kidding around…

“I wrote on […] this version of Batman v Superman [around 2001 or 2002 when Colin Farrell was cast as Batman and Jude Law was cast as Superman and Wolfgang Petersen was directing. We were in prep and it was the darkest thing you’ve ever seen. It started with Alfred’s funeral and Bruce has fallen in love and renounced being Batman, the Joker kills his wife, and then you discover it was all a lie. Just that the love itself was constructed by the Joker to break [Bruce]. It was a time where you would be able to get these sort of stories together in script form but they couldn’t quite land in the world. Somehow, the expectations of the object — whether they be audience or corporate or directorial — it wasn’t landing quite in the way I think we imagined when we put them on the page.”

Holy crap. With stuff like this it’s hard to remember that Batman was a pretty upbeat character through until about the 1970s.  Goldsman later compared his film to The World’s Finest comics of the Golden Age, which featured Batman and Superman in all sorts of crazy stories.

“It was really The World’s Finest, in a kind of dark and interesting way. I think it could have been lovely. On the other hand, none of me is sad that Nic Cage’s Superman didn’t get made. So, I guess in that whole period of time, there were wins to be had and losses to be avoided (laughs).”

Michael Keaton To Continue As Main Batman Of The DCEU