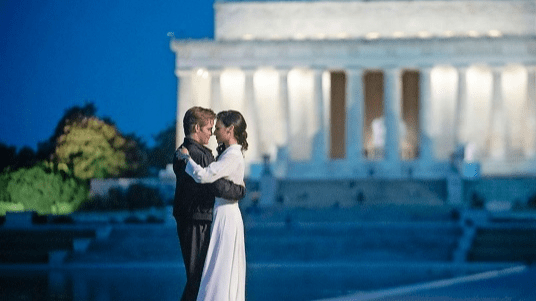 Wonder Woman 1984 is one of the most high-profile films to be affected by the pandemic. Originally set to open in June, Warner Bros. has pushed its release back to August 14th 2020. So the marketing campaign pushes on a bit longer, which is cool for us in DC because we’re featured in one of the two brand new photos.

Diana (Gal Gadot) and the surprisingly-resurrected Steve Trevor (Chris Pine) share a midnight dance across from the Lincoln Memorial in one of Empire’s new images. It’s a quiet scene between the two lovers, who never could’ve expected to be reunited after Steve sacrificed his life in the prior film.

Steve’s return is just one of the many emotional challenges Diana faces in the sequel, but as Gadot says, she has evolved in order to meet them…

“The first movie was a coming of age, it was Diana becoming Wonder Woman,” Gadot said. “She was very naive and she didn’t understand the complexities of life. A fish out of water. In this movie, that’s not the case whatsoever. Diana has evolved. She’s much more mature and very wise. However, she’s very lonely. She lost all of her team members and she’s guarded. And then something crazy happens.”

“Chris was an integral part of the movie, and of its success,” she adds. “And because he and I and Patty really enjoyed working together, we all wanted to have him back. And Patty and [co-writer] Geoff Johns found the best way that serves the narrative to bring Steve back.” 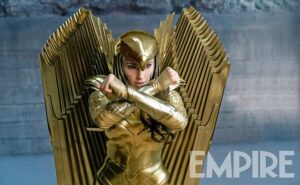 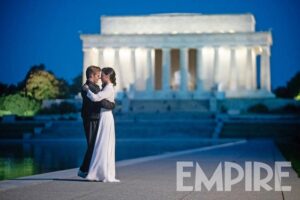