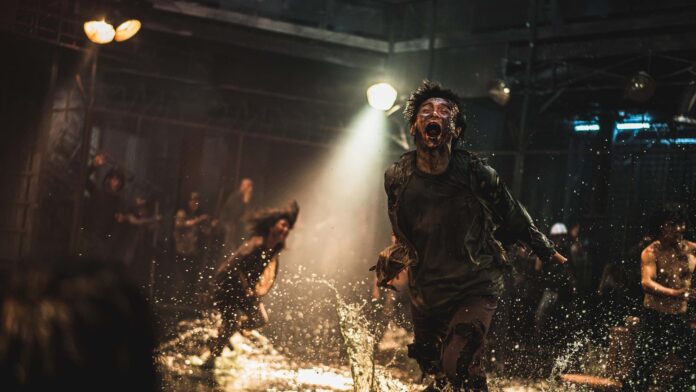 If you thought Train to Busan took the zombie thriller to a whole new level four years ago…well, you were right. But that is nothing compared to what South Korean filmmaker Yeon Sang-ho has in store for the upcoming sequel, Peninsula, which looks to to blow the damn hinges off.

Train to Busan Presents: Peninsula, is a sequel in only the loosest of terms. It expands on the “stuck on a train” narrative and takes a wider perspective of the zombie outbreak, set four years after South Korea was devastated by it. An entirely different set of characters attempt to survive the post-apocalyptic wasteland, while a soldier with a traumatic past embarks on a dangerous covert mission.

Gang Dong-won and Lee Jung-hyun lead the new cast, with Sang-ho back to direct.

SYNOPSIS: Four years after South Korea’s total decimation in TRAIN TO BUSAN, the zombie thriller that captivated audiences worldwide, acclaimed director Yeon Sang-ho brings us PENINSULA, the next nail-biting chapter in his post-apocalyptic world. Jung-seok, a soldier who previously escaped the diseased wasteland, relives the horror when assigned to a covert operation with two simple objectives: retrieve and survive. When his team unexpectedly stumbles upon survivors, their lives will depend on whether the best—or worst—of human nature prevails in the direst of circumstances.