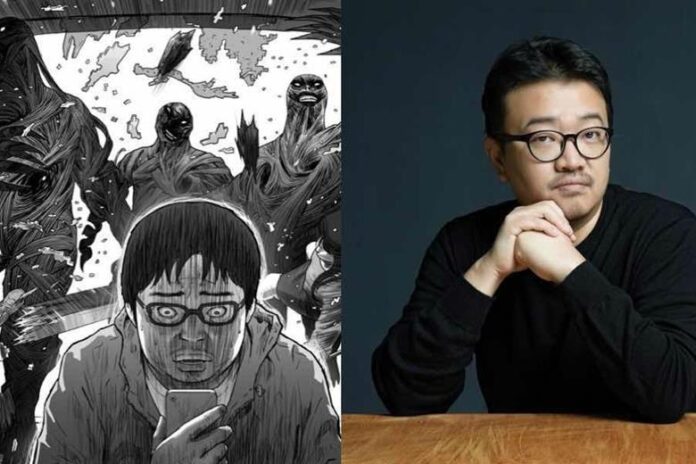 Korean filmmakers have been making moves in Hollywood for years, but with the Oscar-winning success of Parasite director Bong Joon-ho, that’s looking to grow. Perhaps Train to Busan director Yeon Sang-ho will be the next to blow up? Not only is a “sequel” to that film, titled Peninsula, coming this summer, but he’s now joined with Netflix for original series, Hellbound.

ScreenDaily reports Yeon Sang-ho will direct Hellbound, which is based on a popular webcomic by illustrator Choi Gyu-seok. The two of them will collaborate on the script, which tells the “story of surviving under social chaos, when a group of supernatural beings appear and condemn people to hell. A new religious group interprets them as the will of the divine.”

Train to Busan was not only an international hit, the zombie outbreak film became a cult favorite here in the U.S., as well. The followup, Peninsula, isn’t a true sequel but is set in the same universe. With the buzz surrounding that film, Netflix may look to put Sang-ho’s Hellbound on the fast track.

New Photos Released For ‘Peninsula’, The Sort Of Sequel For ‘Train To Busan’