Home TV Netflix ‘The Half Of It’ Trailer: Director Alice Wu Returns On Netflix’s YA...
Facebook
Twitter 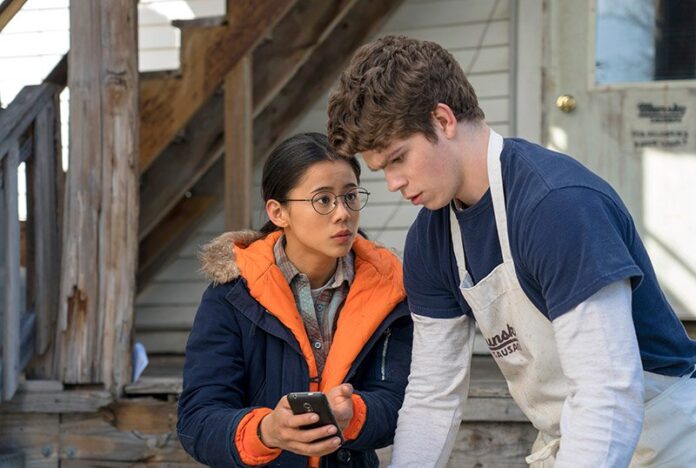 In 2005 Alice Wu made a big splash in the Asian-American and LGBTQ community with Saving Face, a film that explored identity and tradition in a way few films did. As one of the first movies since The Joy Luck Club to focus on Chinese lead characters, it set Wu as a filmmaker whose influence could be far-reaching. And yet, the wait for a followup has stretched all the way until now with the upcoming release of The Half of It on Netflix.

The Half of It is a love story, a coming-of-age story, and a twist on the classic story of Cyrano de Bergerac. Only in this one, the lead character is bookish high schooler Ellie (played by Nancy Drew actress Leah Lewis), who helps a jock write love letters to a girl they both like.

This looks like it will fit right in with Netflix’s stable of YA romances, such as To All the Boys I’ve Loved Before. At the same time, it touches on some of Wu’s pet themes in a story that is universal. I’m looking forward to this.

SYNOPSIS: Bookish introvert Ellie Chu is perfectly content with her life: watching old movies with her widowed father and ghostwriting papers for her high school classmates to help pay the bills. But her side gig turns personal when lovelorn jock Paul Munsky (Daniel Diemer) hires her to craft love notes to Aster Flores (Alexxis Lemire) — a smart, popular girl out of both their leagues… and Ellie’s own secret crush. Just as the duo’s plan begins to work, a new wrinkle emerges: Ellie and Paul have fallen into a deep friendship neither could have anticipated, giving rise to a surprising love triangle. Written and directed by Alice Wu, THE HALF OF IT is a heartfelt comedy-of-errors about searching for perfect love—and finding yourself in the process.